Scaniazz 1981. Ulf and his alto clarinet. Nice sound but not always appreciated.

Fact is that the first time it did not go very well. We had appeared at a festival in Dunkerque, France and since we came in as number three in the orchestra competition we were not very happy and part of if not the whole reason for our unsuccessful performance was that the man that was supposed to take care of the sound system had granted that Ulf microphone remained silent during our 20 minutes of glory.

So back at the hotel at one or two in the morning Ulf wanted to cheer us up with trying his new alto-clarinet, bought from Manfred Schmelzer the day before. I can only describe it as all hell broke loose and I really had to use every nice french word that I knew to try to calm down the horde of elderly ladies that came to our door within a couple of minutes. At least they had something to speak about at breakfast while we had to sneak away. 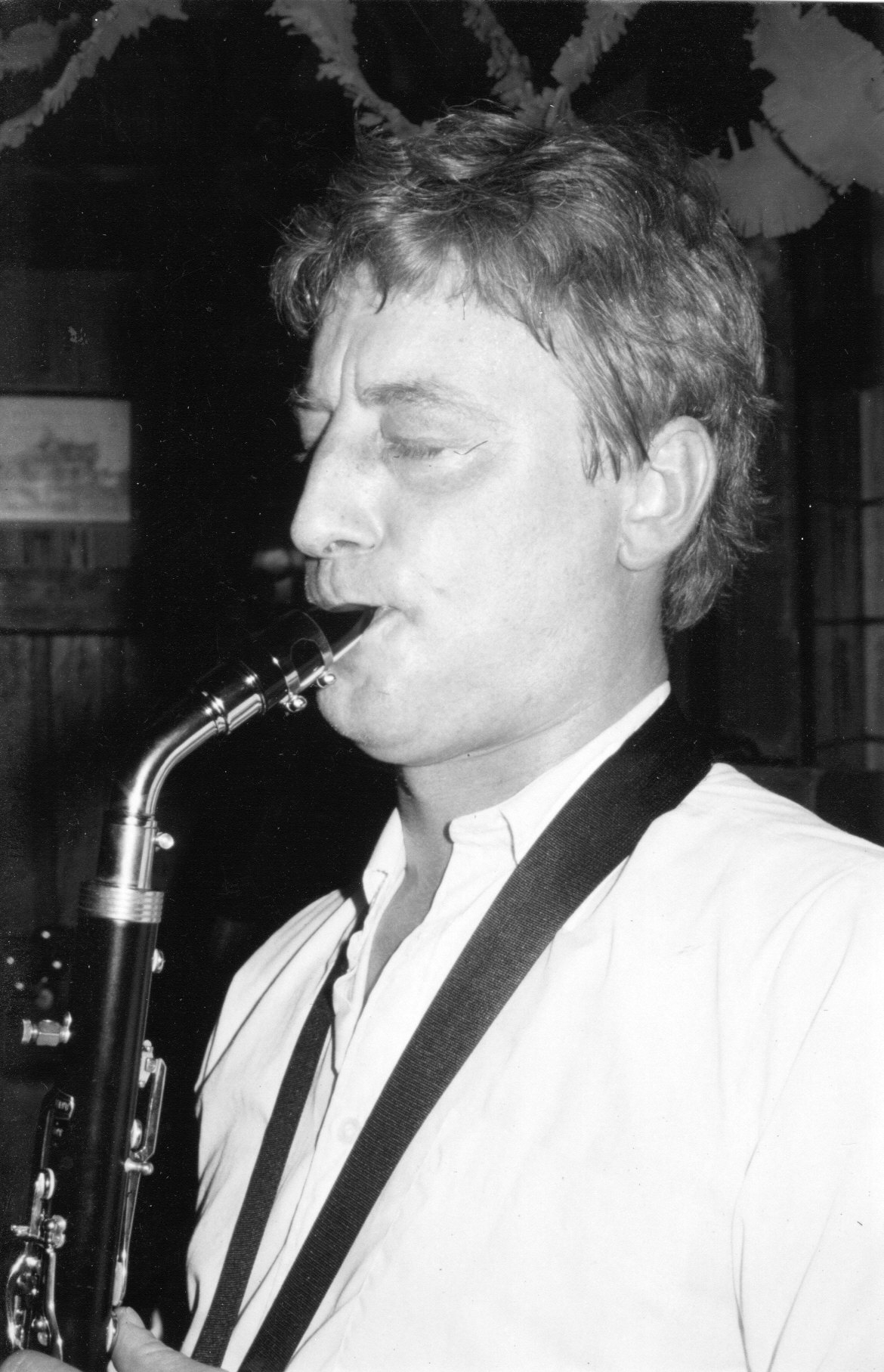